You are here: Home / Members Area / Regions of Italy & Abbreviations

A membership is required to view this page.
Click here to sign up for an IGG membership today!

Map of Italy after the Second War of Independence, also known as the Austro-Sardinian War of 1859, and the Proclamation of the Kingdom of Italy on March 17, 1861 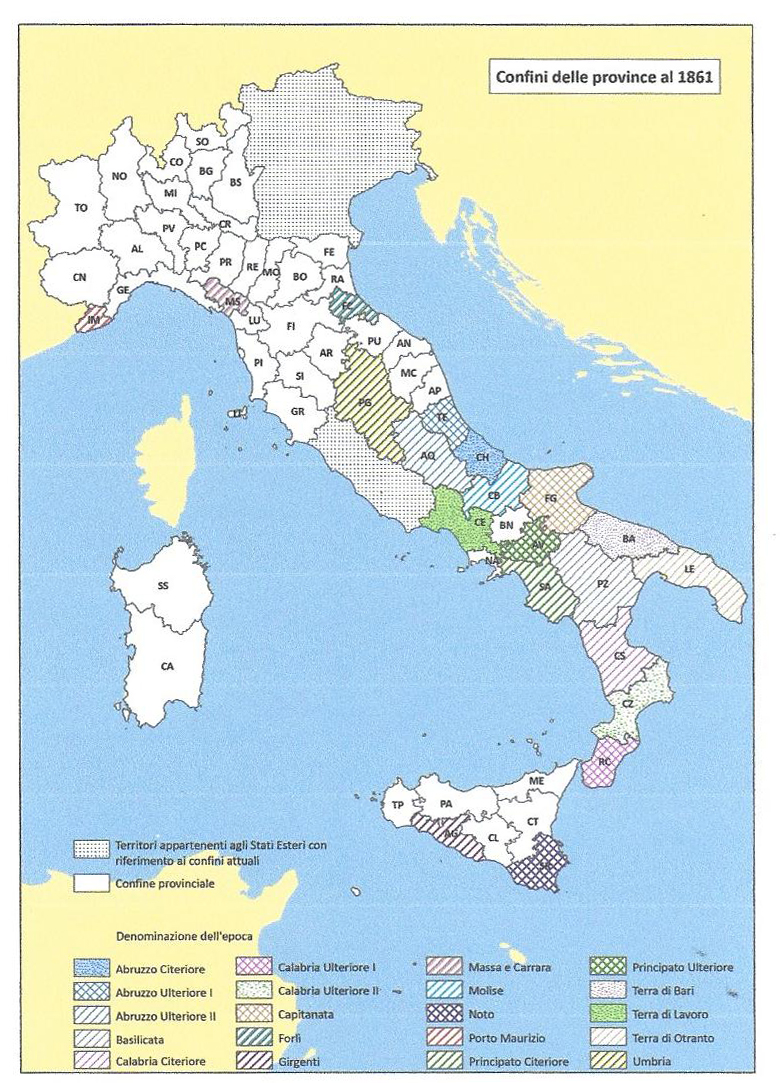 When Victor Emanuel was crowned king of the new nation, there were 59 provinces. New names were given to former provinces of the Kingdom of the Two Sicilies. The former names are listed at the bottom. Areas such as Venetia (under Austrian control) and the much reduced Papal States were not part Italy at that time. 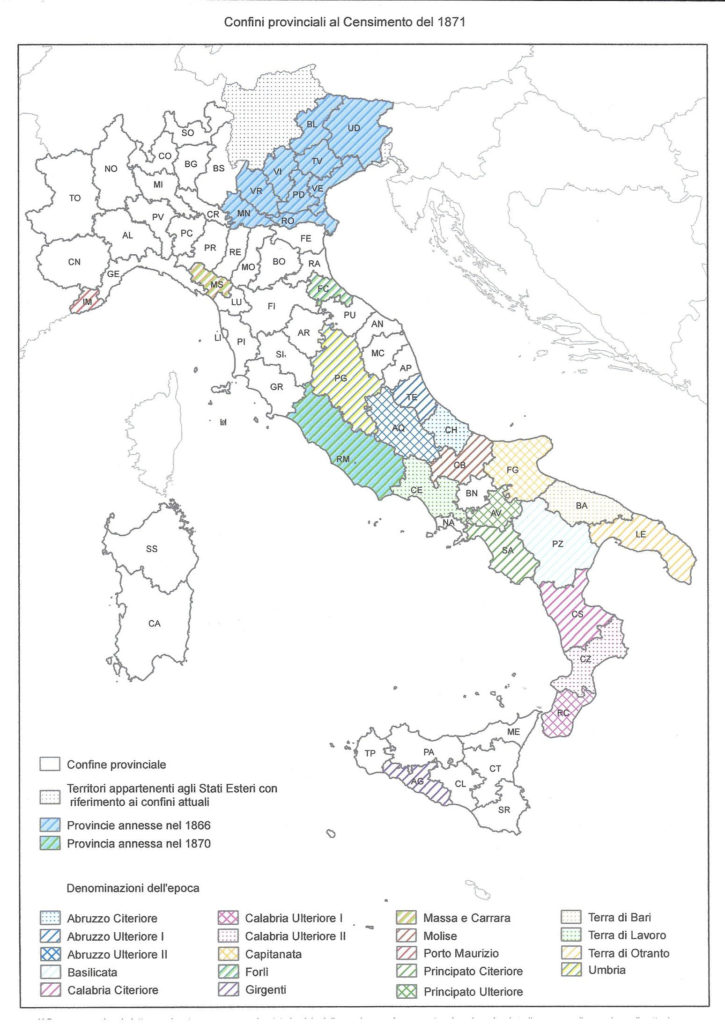 Following the Third War of Independence, the territories of Veneto, Friuli and Mantua were annexed, all previously part of the Austrian Empire. Nine more provinces were added: Belluno, Mantua, Padua, Rovigo, Treviso, Venice, Verona, Vicenza and Udine. Eventually, in 1870, following the union of Rome and its province from the Papal States, the provinces rose in number to 69.

Map of Italy in 1931 under Fascist rule 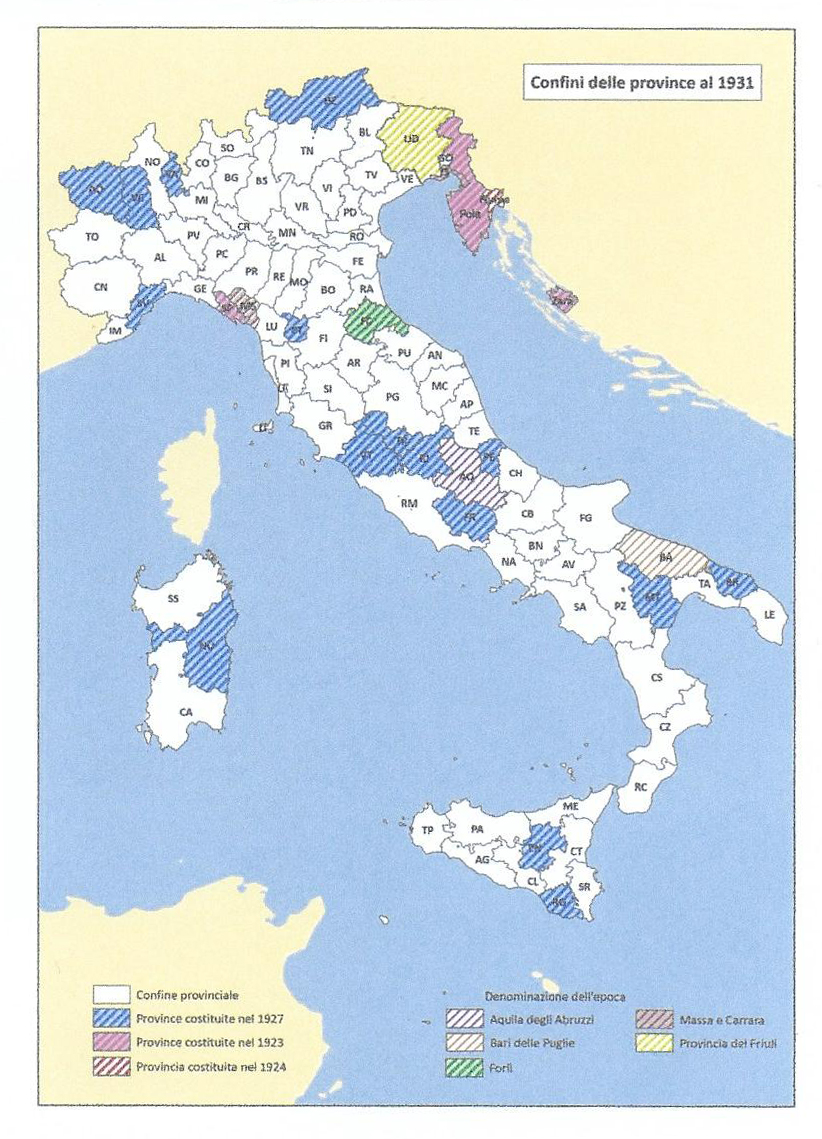 After the conclusion of World War I in 1918, new territories were annexed to Italy. The province of Trento was created in 1920. The provinces of La Spezia, Trieste and Enna in 1923. In 1924 the new provinces of Fiume, Pola and Zara were established, increasing the total number of provinces in Italy to 76.

Map of Italy after World War I 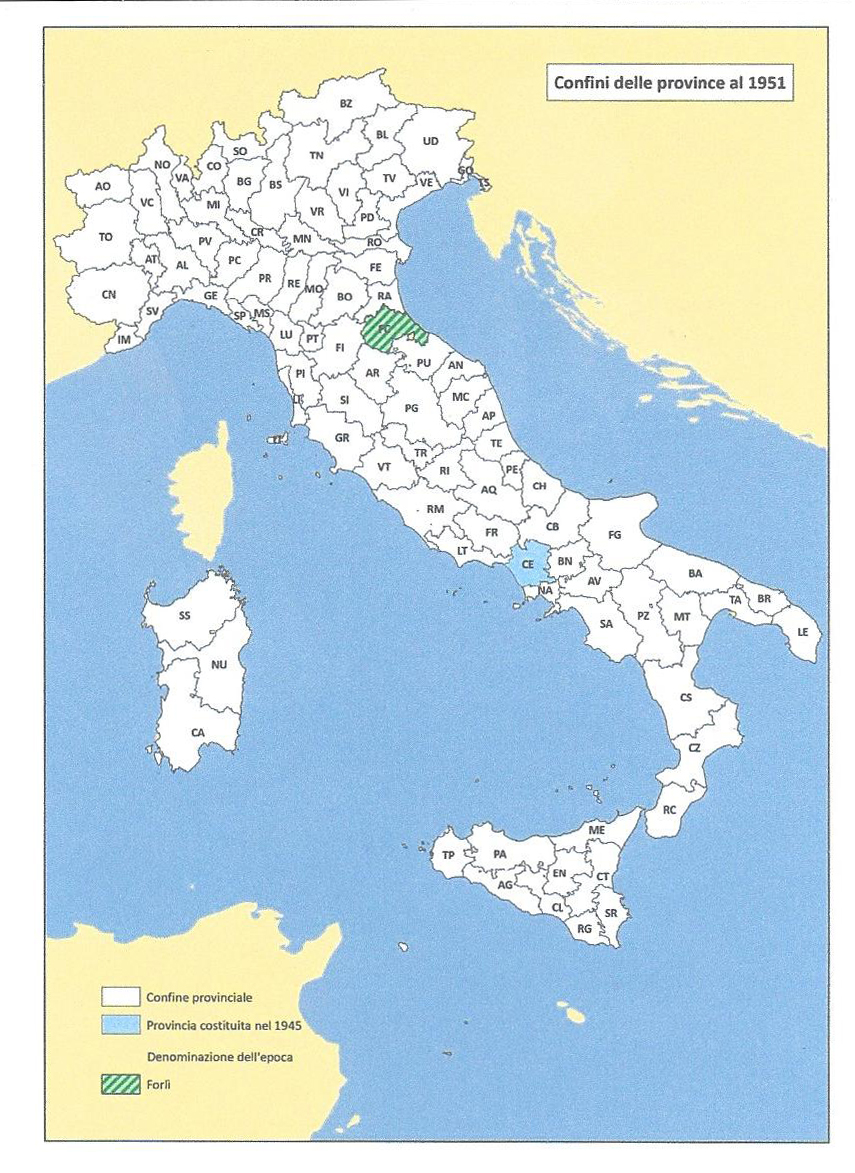 Following its defeat, Italy lost provinces in Venezia Giulia to Yugoslavia. Provincial borders were changed for Gorizia and Trieste. Udine became part of what became Friuli-Venezia Giulia. The province of Caserta was re-established in 1945.